Heat shrinkable film is a common packaging film. In packaging applications, it is often used to heat the shrinkage characteristics to achieve a skin packaging or bundle wrapping. It can also be used to protect content from contamination or damage.

The heat shrink packaging machine utilizes the principle of heat shrinkage of the shrink film. After the raw material is melted, the film is stretched under an external force at a predetermined temperature, and the macromolecules cannot slip each other. When it cools below the crystallization point or glass transition temperature, the molecular orientation is rapidly solidified. When it is reheated to above the melting point or glass transition temperature, the polymer segment will be reactivated, so the originally oriented molecular segment begins to distort and macroscopically appears as film shrinkage. 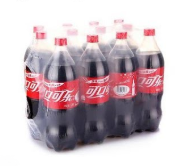 The barrier shrink film is mostly a 5~9-layer co-extruded structure containing a barrier material (EVOH, PVDC), which is produced by a three-bubble coextrusion film process. It is generally applied to meat or fresh food packaging that has certain requirements for oxygen barrier properties.