Overview of the development of counting machine

The pharmaceutical industry is developed together with machinery, industry, and computers and many new ways of packing medications have been produced. The initial packing technology also has evolved due to the development of new technologies, so does the bottling line. The core part of the bottling line is quantitation, mainly dividing into counting and weighing. Because of the accuracy, cost, speed and other reasons, more than 80% of the capsules and tablets on the market are quantitated by counting. 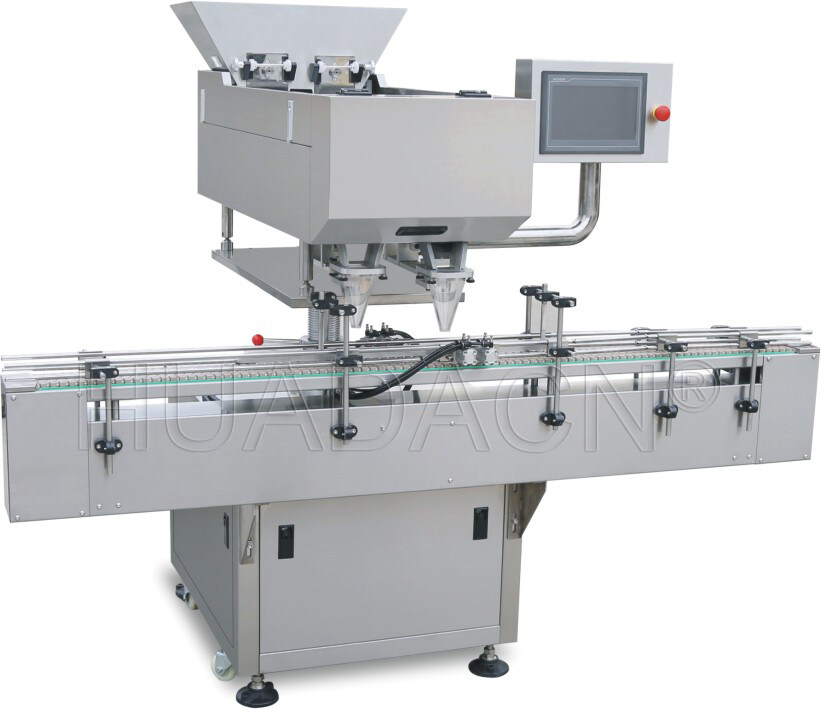 The first generation of mechanical counting

The first generation of mechanical counting can be divided into two types: rotary disc type and tracked type. The basic principle is to make required grooves on the counting board, and the medicines will be filled into the groove for counting. After that, medications will be filled into bottles by a funnel. The speed of the advanced counting machine of mechanical type is up to 200 bottles/min. With an inspection device, the precision is over 99%. However, pharmaceutical production nowadays tends to be of various types of medication and small batch production. When the medications changes, many parts of the mechanical counting machine need to be changed, hence, they are gradually replaced by more advanced photoelectric counting machines.

The second generation of photoelectric counting

The second-generation of photoelectric counting came into service in Europe, America, and Japan in the late 1970s, and now the technology is well developed. The core of the technology is the device that emits and receives infrared rays—the counting detection channels. When particles go pass, they will make the receiver unable to receive the infrared rays, and then the programmable logic controllers inside will get signals from the receiver, and finishing counting. After years of development, the current advanced machine has been able to detect particles of 2.5mm diameter at a speed of 500 pcs/min, and accuracy is up to 99.95%. The mainstream machine is suitable for particles of a diameter of 5-50mm. If you want to count 100 pcs for a bottle, the speed of the machine could be 120 bottles/min and the accuracy is 99.9%. The method to increase the speed of the photoelectric counting technology is to add more counting detection channels.

The key of photoelectric counting is the sensitivity of the receiver and the algorithm of programmable logic controllers. Program control can maximize efficiency, and enable the machine to be quickly adjusted when counted particles specifications change. To increase the qualification rate of counted particles, many devices are equipped with many detection points in a different position.

When the count is completed, it can be placed into the bottle by mechanical or electrical method. Because it is accurate and controllable, electrical method becomes mainstream bottling method. The key to the medication bottling is that they must be performed quickly when the counting number reaches the pre-set value, ensuring that no new particles will be bottled in during this time.

Drug delivery, photoelectric counting, and medication bottling all rely on stable Programmable Logic Controllers. Most of current counting machines adopts touch-screen for operation, and combining with other components and control techniques.

All these technologies have come into service, and could be further developed. First, the technology to identify particle size, the latest identification technology is limited to particles of 2.5mm, and smaller particles cannot be detected. Then the three-dimensional inspection, the current technology can not completely detect all parts of the particles, some defected particles cannot be identified and removed, resulting in the passing of unqualified products. So, the most important thing is to choose the bottling line that suits your products.